FAQ TIME! If any of you have any questions, leave them in this thread and I’ll update it as they are asked :) Q: What tool was used to round the wood corners? A: Here in the UK it’s often called a surform, but rasp is also a common name Q: Isn’t the monitor too high? A: Slightly. It looks more so on video due to the perspective but it’s still pretty comfortable. It was only mounted there for this video anyway and will be moved somewhere else so I’ll make sure to have it slightly lower this time. Q: You’ve made loads of custom PCs… which ones to you actually use? A: Currently I use the brass and leather build for editing at the studio, and the large silent desk PC (the one with the glass front) is at home and used for photo editing and some gaming etc (though to be fair I haven’t played a game since last Christmas so it’s a fringe use case at the moment). Q: Have you considered watercooling the PC itself? A: Yes! I went with air cooling as it’s actually pretty decent (I still need to make some minor tweaks) but I do have plans to try watercooling the thing at some point. Q: Do you plan these videos? I mean do you make blueprints or you just have a general idea what you're gonna do and just make up on the way? A: I pretty much always just have an idea of what I want in my head, and then think through the process needed to get there, and then make it up as I go along. Q: Is making YouTube videos your primary/ only job? A: YEP! I’m so grateful that I can do what is basically my hobby as my actual job. Q: Are you from the UK or from the US? A: Very much the UK. Q: Could you use a hydraulic system to lower the monitor in a more controlled way? A: Absolutely! It would make it more difficult to push upwards though, so keep that in mind.

I think u know about the pc cabinet which has a display on tempered glass side panel.(if not ,google it) I have that same led strip which works fine from a discarded monitor. I want to also diy same thing. Can u help me out?

Q: Why did you decide to have monitor swing down and forward? Down and back movement would keep it further from your face when in use? Was it to better hide the latch ( in the back)?

WHERE WILL YOU PUT THE KEYBOARD AND MOUSE

Please make a project on installing your old android gadgets in your bike with sensors.. it'd be the best thing

Where did you get that desk lamp i need it!!!!

Do you guys think 8gb RAM is enough?

why the catch to hold open? Gravity will do its job...no need to over-engineer things

Now to find a way to hide the mouse and keyboard in plain sight.

Man that is amazing!!!

Robers who broke into the house and watched this video: Man we missed an entire pc

Where are the speakers?

Looks very nice. I like my computer set-up to be moveable though. And even if not completely moveable, it would have been nice to be able to adjust the hight of the monitor.

Is possible put the pc on shelf with the monitor?

very nice construction but you should change the side of your monitor to open from the front of the shelf because the monitor is close to your eyes . and add the shelf a little highier.

Please do a motorized version.

Few more idea... 1. Place so that the keyboard and the mouse also hides away and made available when needed.... 2. The monitor instead of hiding in the shelf, is pulled up from the table itself. This way the setup is not tied to be near wall and can be kept in a room 3. The power cord can be passed though hollow table legs (made of iron pipe or something similar)

I think u know about the pc cabinet which has a display on tempered glass side panel.(if not ,google it) I have that same led strip which works fine from a discarded monitor. I want to also diy same thing. Can u help me out?

The plant is effective haha. In the beginning I was like: .... but where are the wires?

I am in love with aluminum after watching these 2 videos!

its so amazing D:

“When you realise that you used an old monitor which was not working since last week instead of new one, after the entire setup 😣” lol 😂

Can you do some durability test? And also Earthquake test 🤣🤣

What about invisible keyboard and built in track pad

why don't you turn a plant into a lamp?

Why didn't he just get himself a laptop instead?

next video: making an invisible house in 20 minutes

BUILD. KEYBOARD. AND. MOUSE. INTO. TABLE.

It's illegal have Computers on UK ?🤔 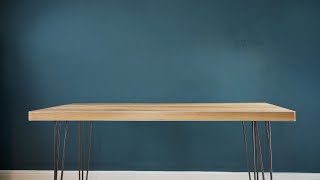 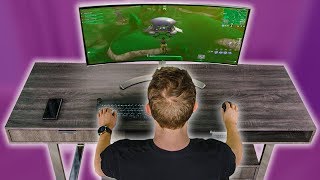 No, THIS is the CLEANEST Setup. 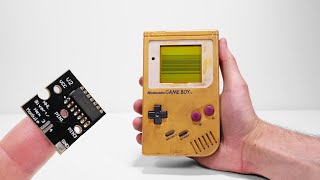 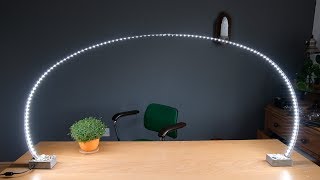 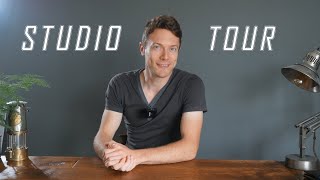 More than a Murphy Bed

First 24 Upgrades on my Ender 3 Pro